Sorry it’s been a while since I posted. I’ve been busy working on rewrites of a novel that will be going out to publishers soon and it’s this novel and some other things that have inspired this post today. 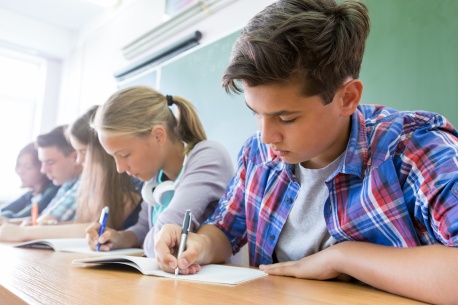 Needless to say, when the term ‘this generation’ is used, it’s probably not going to be a post about how studious, respectful and wonderful today’s youth is. I’m not a teenager anymore, but as someone who once was, and as someone who writes for teens and tweens, this really annoys me!

First off, generations are made out of people and people are individuals. Everyone has their own story, their own triumphs and tragedies. Not everyone born in the sixties or the seventies or the eighties or nineties are the same. Yes, we are all parts of the eras we grew up in, but we didn’t grow up in the same houses or neighborhoods, with the same incomes or religions or talents or handicaps. We’re all different and grouping a whole generation of teens together is just plain wrong.

Secondly, I happen to like this generation of teens. As a teacher, they make me laugh and sometimes they make me cry. I see them struggling in a world that isn’t like the one I grew up in. When I was a kid, bullies weren’t that common and if you had one to deal with, you knew once school was over for the day, you were free of him or her. Today kids are never free — not with cyber bullying.

When I was a kid we had fire and tornado drills. We would never have imagined someone coming into school with the intent of killing as many of us as possible just because they have a desire to kill.

The point I’m trying to make is that teens don’t have it easy and most of them, if they feel entitled, it’s only because they want what’s fair, like a decent education and healthy food to eat. Most are grateful for the good things in their lives and most are much more attuned to what’s happening in our world than we ever give them credit for.

So to all the teens out there, when I first wrote this novel, it contained letters to you. Now, these letters are written by me, but I wrote them trying to imagine what God would want to say to the youth of the world if He or She decided to drop a line every once in a while. (I prefer to believe that God doesn’t have a gender one way or the other because…well…God created the universe and somehow genitals just shouldn’t matter to a being capable of such a feat.)

In the various rewrites of the book, the letters were taken out, but I’d like to give them to you all the same. So starting this week I’ll be posting the letters — the love letters from God.

Now, it may seem presumptuous of me to think that I can speak for God, and I’m not trying to. I’m simply imagining what the Almighty might want to say, or is already saying, but in our crazy, hectic, and sometimes angry, societies, we’re not hearing.

God gets a pretty bad wrap today and to be honest, I’ve struggled with sorting through the bigotry and downright evil that is paraded around our country in the name of religion. These letters aren’t about religion. They’re about spirituality. They’re about you and the fact that you mean something. You are something.

Anyway, I’m not sure what I’m hoping the letters bring you. Peace maybe. Guidance…well, we’ll see. Mostly, I want them to help each one of you know that while you are part of a generation, you are a part of something much bigger than that. You are a part of a gallery of art that is beautiful, rare and utterly magnificent. You matter.

Just getting the word out that I’ll be hosting Kate Elliot for this spring’s YASH! Kate Elliott is the author of numerous science fiction and fantasy novels including BLACK WOLVES, COLD MAGIC, and the YA fantasy COURT OF FIVES. She lives in Hawaii and paddles outrigger canoes in her spare time, as well as walking her now very old schnauzer.  The hunt starts on March 29th. It’s a great chance to see what’s out there in the world of Young Adult fiction and to win books! Who doesn’t want to win books?

Come back here on March 29th to learn more about Kate’s books and take part in the YA Scavenger Hunt for a chance to win books from these authors!

I just came home from the inservice meeting for the college where I teach. To be honest, I didn’t come straight home. I had My Chemical Romance blaring on the iPod, and I found myself taking wrong turns to finish one song and then another.

Now, don’t be mistaken. I have a lovely home and a lovely family. My husband in the perfect blend of fun and serious. My recently published novel sits on the coffee table and I’m waiting for a response on a new project. I’m getting ready to start another semester teaching classes that love. Life is good. But…

I didn’t want it to be my house.

As a writer, I can’t help but look into lit windows, into dark windows, and wonder who lives inside. What type of lives do they live? Are they struggling? Are there secrets within the walls that twists and burn or is every room bright and filled with the aromas of hearty meals and sun-scented dryer sheets?

I have lived in a house filled with laughter and silly singing. Where every Thursday night was spaghetti night and we’d move the furniture in the living room and play dodge ball.

We’ve laughed in the green house on the corner and occasionally, we’ve cried. We’ve talked about dreams — from my youngest wanting her daddy to be president so we could have our own bowling alley to the eldest wanting to be a news anchor and now wanting to be a college professor.

But in-between those two children are the dreams of the middle child. These are aspirations held hostage, and it’s these dreams that make me want to drive away to a different house. A house where no one knows what gastroparesis is.

I love writing. I love creating stories and getting emails and comments from readers who enjoyed the brief escape from reality that my novel provided. My dream of being published came true, and I would pay with that dream — that ransom — if it would unbind my son’s dreams.

For a mom, there is no greater wish than for her children to be healthy and happy. And when the cabinets start filling with pill bottles and when the squares on the calendar are covered with times for doctor appointments, she finds herself pressing to fulfill her dreams not so much for herself, but because doing so might make trips to far away doctors or pharmacies easier. Because fulfilling her dreams (dreams that were so long fought for) might act as inspiration to keep other, frailer dreams alive.

I didn’t want it to be my house, because I don’t want my child to be sick. But there is no parallel universe (that we know of) where things can be altered to our liking. All we can do is press on. We can pull into the garage, put the key in the door, and we can hope.

As writers, we have dreams.

When Deadly Design, my young adult thriller, came out on June 2nd of this year, it was a giant dream come true. Seeing my book on the shelf was (and still is) amazing. Having a complete stranger purchase the book and want me to sign it, is also completely amazing, but…

Okay, here’s where I try not to sound like a brat. Here, I’ll go ahead and say it for you.

“How dare you minimize the wonderful experience of being a published author!” “Do you know how much this would mean to many struggling writers?”  “Do you know how grateful you should be to have gotten a book deal, especially one with a major publisher?”

First off, I don’t mean to minimize the experience at all and I DO know what it means to a writer to be validated, to have someone say that their work is worth reading.

But here’s the flip side of that —

As writers (as humans) we have dreams, goals, aspirations. And they usually come in a sort of surreal completeness. We form a picture of what our lives will be like after we achieve our goal, down to what we’ll wear, how late we’ll sleep each morning, maybe even what we’ll have for lunch once this major life achievement is accomplished. But dreams don’t usually come in package deals.

Sometimes they come in pieces.

Before going to my first book signing in Tampa, Florida, my husband asked me why I didn’t seem ‘happier’. Besides being nervous that no one would show up, there was just something missing. My life hadn’t magically changed because I had a book out. There was no quitting my day job. My son’s health problems didn’t magically go away. Our aging dog still had a nasty cough and my house was still a wreck because I’d just finished my grading for spring semester.

Before being published, I can’t tell you how many times I fantasized about getting that magical letter or phone call from the agent who just happened to love the pages I sent. Followed, of course, by him or her saying that they’d already discussed the book with a publisher who is so excited about it. Here comes the nice advance, (few rewrites are needed because, well, this is a fantasy). Book stores can’t keep the book on the shelf and so on and so on and so on.

Of course, this isn’t how it goes, but I don’t think any writer can keep writing without those fantasies. To work so hard, for so long, to give up sleep and sometimes sanity for our craft, we have to dream big or we’ll quit.

Writers are a special breed and we have to be content with each piece we get and we have to have faith that once all the pieces come together, it will make a beautiful picture.